Into the New Year

Well, 2011 is stretched out in front of me and I just filled out my calendar with various events in the New Year. I spent many of the past December mornings at Florida Hospital Rehab at RDV Sportsplex in Maitland. Betsy Hughes at Track Shack recommended a therapist there named Laura for my running injury. Laura was a godsend and the 1+ hour therapy/twice a week cured me of pain and discomfort. I still need to perform the exercises twice a week and aggressively stretch after my long runs. They open at 6:00AM, which allowed me to get to work by 8 with no problem. 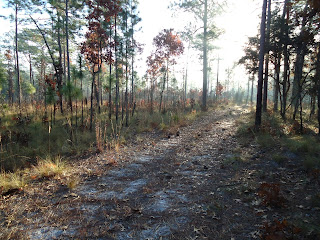 This morning I ran 11.1 miles in the Wekiwa Springs State Park and felt great afterward. Encountered Gary Cohen's trail running group at mile 7 in the middle of a golden meadow of grass; they even had a little white dog running with them. See Gary's and the Park's link at the blue box on the right side of the main page. 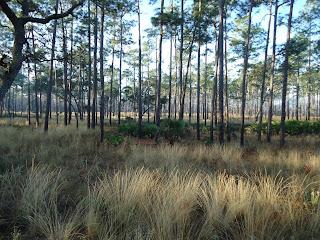 No swimming yet as the water temp in Lucky's Lake is 56'F; cold even with a wetsuit. I may go back to the state park as the springs temp is 72'F year round. Last Sunday, I froze on a early bike ride as it was 46'F at the start but dropped to 32' on the northern route. Made a Panera's and Starbucks stop just to warm-up. The rest of the USA was buried in snow all weekend. Looks like it's going to be a great year.
Posted by Jack Finucan at 12:13 PM No comments: