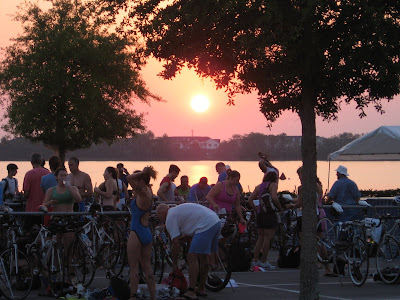 Today was the perfect day for a race; 70s, no wind, calm water, flat course, lots of people, at a local venue. Baldwin Park is a new urban community about 3 miles east of my office in downtown Orlando on the site of the old Navy Base. Epic Marketing was putting on this race for the seventh year. It features an unusual multiple lap bike leg which is 5 times around the lake, followed by a 1 lap run.
I started out strong on the 750 meter swim and then charged out on the bike. 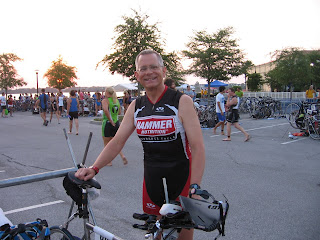 With all the people on the course at once, it adds to the challenge but it feels great to be passing people constantly. I finished with an average speed of 21.7 and followed with a fast run at a 7:37 mile pace. My final time was 1:14:05, good for 2nd out of 6 in the 55-59 age group.
Posted by Jack Finucan at 10:18 PM No comments:

A few years back, I was at Orange Cycle when Orlando bike doyen Diane Blake, arrived with an amazing new bicycle, a Surly Pugsley. It's a snow bike from Minnesota that does equally well in sand. I thought, "What a perfect bike for Wekiwa Springs State Park's sandy trails". So for about 2 years, I have been saving for my own snow/sand bike. After gathering small work bonuses and ebay sales, it finally added up and on Monday, May 2nd, a new Salsa Mukluk arrived. I put it together the next evening and was riding around neighbors' lawns at 10:15 that night. I was really looking forward to Sunday in the Park!

Mother's Day morning at 7:00 AM I entered the park, filled with nervous anticipation. My last foray in there with a Gary Fisher mountain bike (1999) resulted in many spills and the sale of the Fisher at the following month's Orange Cycle Garage Sale. I hit the first trail 1 mile from my house and immediately started a sharp uphill climb, scattering 9 deer on my way up. About 5 minutes later, I was hooked; the Mukluk was perfect for the sandy trails! About 3 miles later I decided to turn off the fireroads and try a singletrack trail. The bike excelled at the technical stuff too, bouncing over roots and obstacles with ease. I rode up toward Otter Camp, the furthest camp in the park, at the 6 mile point. I passed Big Buck Camp which was occupied with a family (Happy Mother's Day!) and waved as I continued on. Otter Camp was empty so I stretched my legs and took some photos. Both of these camps are on Rock Springs Run, which funnels into the Wekiva River. 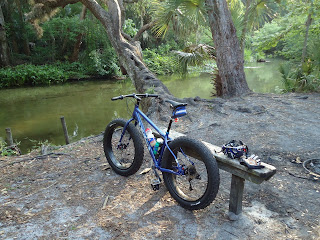 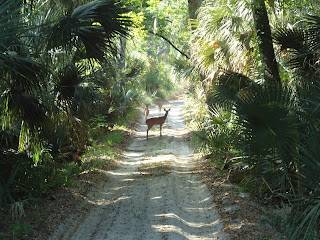 After a break, I backtracked and explored a trail I had never run down before. I was surprised when it dead-ended at a fence on the border of Kelly Park, the very north end of Wekiwa. I turned south and stopped again 2 miles later at a trail crossing. I was then surprised by 3 mountain bikers, William, Paul, and Tony. We chatted briefly and I let them lead out and followed behind. We separated after a bit and I saw them in the distance on another cross trail later. I went through the dreaded "sugar sand" 5 times but only had to walk through it twice. I'm sure that will improve. The best part of the ride was never falling once. I returned home with a total of 15.6 miles and the conclusion that this bike is amazing! 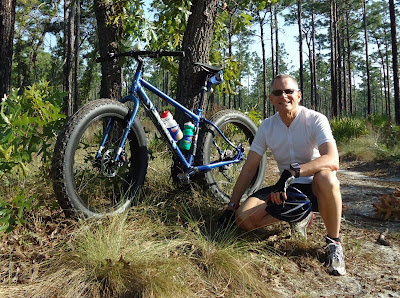 Posted by Jack Finucan at 8:21 PM No comments: 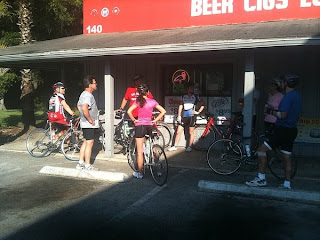 Saturday started with a 10 person Seminole County Triathletes Meetup at D2 Cycling in Sanford at 7:00 AM. We took off for a 33 mile bike around Lake Monroe. A little extension of the course took us down some empty country roads. 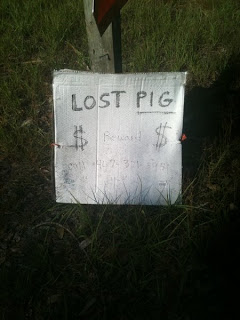 Everyone laughed when we passed a "Lost Pig" sign by a mailbox. Upon our return, 6 of us ran the D2 2.7 mile loops, some twice, some 3 times; Deanna and I did 7.25 miles. It got quite hot near the end in the bright sunshine. Good workout: it's nice to have D2 as a place to meet. 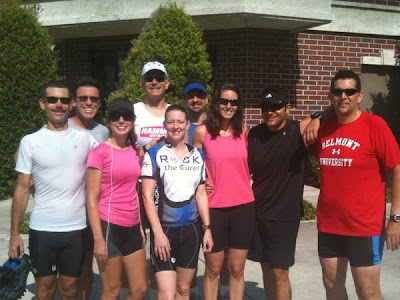 Posted by Jack Finucan at 8:20 PM No comments: