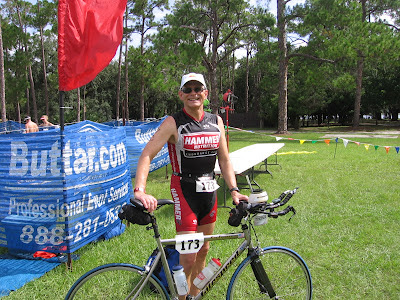 Saturday's Olympic-distance tri at Orlando's Moss Park produced a few surprises for me.  After last Sunday's Daytona Beach Tri, I felt I was primed for this race 6 days later.  However, that afternoon I knocked off the big toenail on my left foot with a door.  It was a bad black toenail and didn't hurt much and after a visit to Dr. Mason on Monday, he said it would be healed enough to race on Saturday.  Even so, I approached the race with a bit of trepidation.  The race itself was uneventful though I did have a bit of a dice on the bike for several miles with Dave Smith.  I worked hard and opened up a 1:30 minute lead by the end of the bike leg.  I think the swim was a bit long as everyone's times were increased from previous events here.  I finished at 2:32:59, giving me 2nd out of 5 in the age group to "Super" Joe Trettel, who beat me by 12:33.  He beat me in June's race by 14 minutes so I'm getting closer! Joe was 28th overall and I was 38th so I never feel bad losing to someone that fast.   During the awards, the skies opened and it poured.  Oddly enough, my toe didn't bother me at all during the race.
Posted by Jack Finucan at 4:41 PM 1 comment: 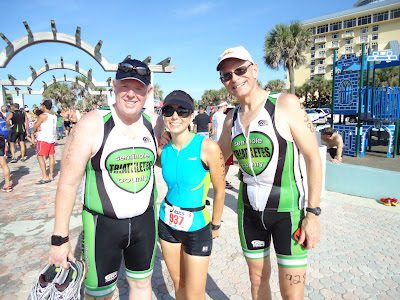 Today was  the last and longest of the 3 Tigershark Daytona Beach Triathlons.  I signed up at the last minute due to an erratic tropical storm in the eastern Carribean Sea that appeared to be heading towards Daytona a week ago.  But it changed course and dissipated so the stage was set for a great race.  Rob Wallace of Tigershark stages 3 tri's a month apart during the summer, each one longer than the previous.  Today's was the final, with an 800 yard swim, 15 mile bike, and a 4 mile run on the beach.  The announcement that the swim would be wetsuit legal at 77'f was greeted with cheers and groans in transition early Sunday morning.  Since the temp was 81'F yesterday, most people left their wetsuits at home.  However, when we hit the water at the start, the water felt more like 70' !  Surf was OK with waves about 2 feet high and I finished the first leg in 19:57.  By then the sun was up and the bike ride on A1A was fast, covering the 15 miles in 44:00, for an average of 21.0 mph.  After a quick transition, I headed down the ramp to the beach for the 4 mile run.  Heading south, the course was a simple 2 miles out and 2 miles back along the shoreline.  Passing morning strollers (coffee in hand) and the early sunbathers dozing in their chairs, I pushed hard for a finish time of 35:05, averaging 8:46 per mile.  Total time was 1:42:05, which gave me a 1st out of the 5 in my age group. 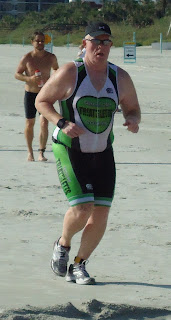 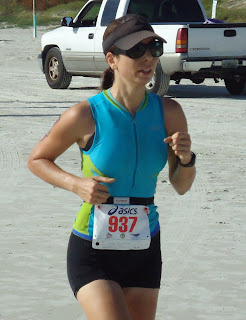 Also at the race today was the founder of Seminole County Triathletes, Billy Price (photo above), along with members Deanna Abdin (photo right) and Tim Rowand.  Everyone had a great time battling the cold water and hot sand today. 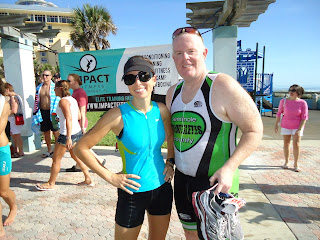 Posted by Jack Finucan at 2:33 PM No comments: 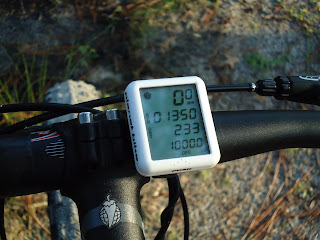 Went for a 15 mile ride in Wekiwa Springs State Park on my Salsa Mukluk this morning.  A few miles into the ride, I checked the odometer and discovered my total mileage was 998.9.  A short time later I made the 1,000 mile mark; this is the distance since I got the bike in May 2011, 15 months ago.  I still enjoy my rides in the woods and the variety of wildlife I see.  With the heavy rains recently, several trail sections were flooded, adding to the fun.  Click on a pic to enlarge it. 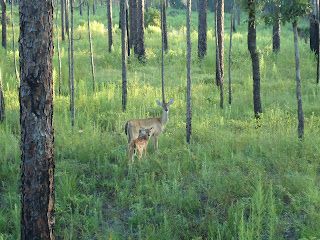 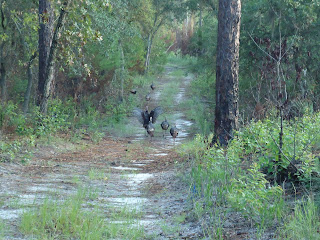 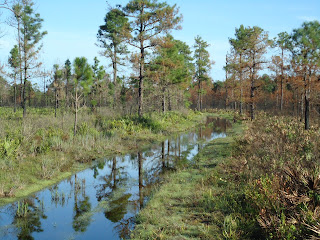 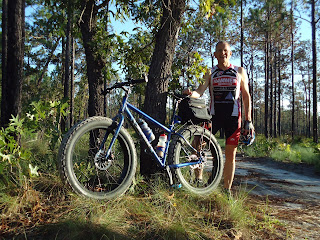 Posted by Jack Finucan at 10:32 AM No comments: