I had a great race this morning at Moss Park, southeast of Orlando.  It was an Olympic-distance event and was combined with a sprint tri which started after me.  It was nice to have a crowded bike and run course because of my enjoyment in chasing people down.
﻿ 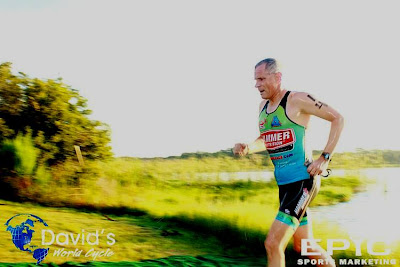 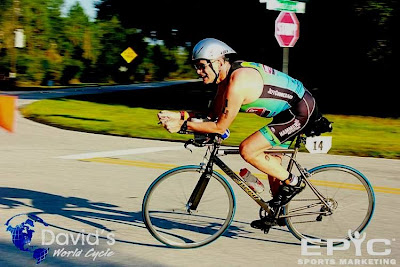 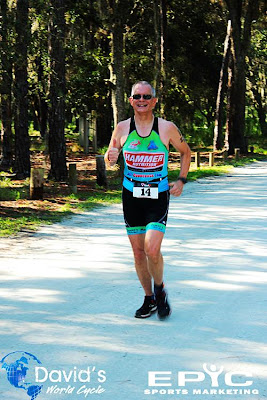 The .9 mile sunrise swim took me 32:39 minutes and the water was warm on top and cool a foot down.  The temps were in the low 70s at the start of the 22.6 mile bike and I pushed as hard as I could to average 20.0 mph for the distance.  There was a new competitor in my age group who I had never seen before and was unsure what to expect from him.  However, after not seeing him on the bike, I took off on the run and cranked out 8:40 minute miles hoping to catch him, if he was ahead.  I spotted one guy with 62 on his leg but as I closed on him, it turned out he was doing the sprint distance.  My finish time of 2:34.26 was one of my best there and I discovered after the results were posted, that my competition was 4+ minutes behind me after the swim and fell further back all during the race.  I'm glad I drove myself as hard as possible anyway because you never know who mught be closing on you.  I was glad of the win too and met several other "Jeff Cuddeback coached people" as we were wearing the same kits.  One guy, Luis Pou, took 1st Overall!  Another, Charlie St. Cyr Paul, grabbed 2nd OA in the Tri Sprint.  Luis' wife Pam was racing also.
﻿
Posted by Jack Finucan at 3:01 PM No comments: