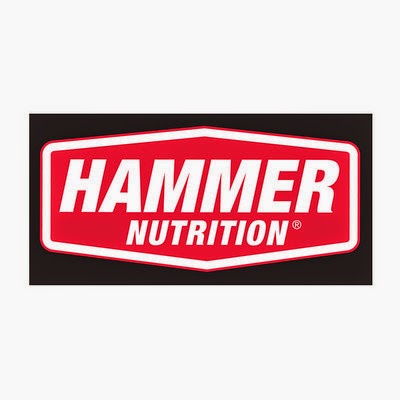 I am now sponsored by Hammer Nutrition!  I have been using their great products for over 18 years and I attribute my successes to them.  The sponsorship only allows me to buy products at a discount so I won't be quitting my day job.  One of their major advantages is that all their products work together to provide outstanding results.  Go to www.hammernutrition.com to shop; locally, Orange Cycle, David's World Cycle, and Track Shack all stock some Hammer items.


Posted by Jack Finucan at 8:17 PM No comments:

This was the 2nd Annual Celebration Marathon, located in the "Disney" town of Celebration, just south of the Walt Disney World.  I did the first race last year and enjoyed it very much, setting a new marathon PR of 4:29:56.  This was negated somewhat by 4 bathroom breaks during the race.  The 2 loop course winds through the town and many residents come out to watch the runners.  2014's full to half ratio was 506 to 1575 and this year's was close, 500 to 1817.  Half marathons have gotten even more popular.  One thing that makes this race great is the accessibility; I parked 100 feet from the Start line.  Besides the t-shirt swag, they included a Headsweats hat and a Tyvek windbreaker this year.  This was my 6th marathon since 2004. 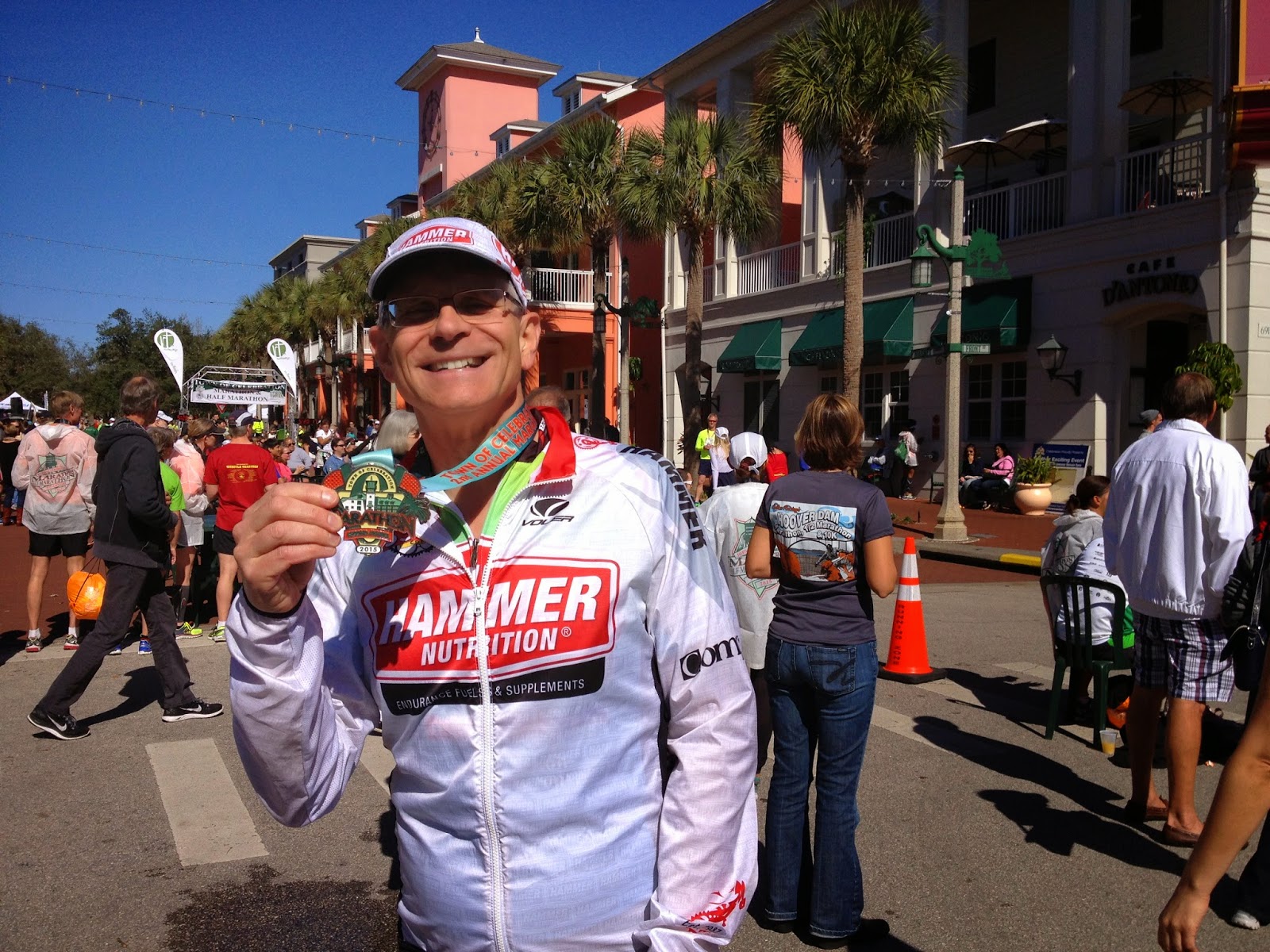 The morning was clear and 43' for the 7:00 AM start.  I crossed the start line 11 seconds after the gun and hit the button on my (borrowed from Kevin Casey) Garmin.  I started out too fast as usual and slowed myself down immediately.  I wore less than my personal clothing guide mandated so I was cool but actually felt great.  The miles clicked away and I drank Hammer Perpeteum every half hour, took a Hammer Gel every 6 miles, and followed my pace band plan.  Stopped at a bathroom for 3 minutes at mile 10 and continued on.  At mile 12.2, the course splits and I found myself running alone as I started the second lap. I began chasing people down and passed 38 people in the next 14 miles; no one passed me at all.  Sun came out and it warmed up a little but the cool temps really helped.  However, after mile 15, it really became an effort to keep the quick pace up.  I stayed with it though and soon downtown Celebration was visible across the lake.  Near the finish, Paula Yeomans from EY and friends cheered me on and I crossed the finish line at 4:26:56.  That time was 2 minutes and 25 seconds faster than 2014, establishing a new marathon PR for me.  My overall splits were 10:12 per mile.  My total GPS distance was 26.34 miles as the 26.2 mile course is certified at it's tightest layout.  Last year's Garmin distance was 26.46 so I made sure I was tight on the corners this time.  I ended up 10th out of 22 in 60-64 Male; in 2014, I was 10th out of 19.  Very sore after the race and the next day despite a lot of stretching.
Posted by Jack Finucan at 11:43 AM No comments: